I always enjoy learning about the history of technology and what came before; if you are like me, you might be curious about the distinctions between virtual machines and containers in terms of technology (VMs) and how they came to be. It's critical to comprehend what containers are and are not because they have emerged as a significant factor in cloud-native development.

People usually grabbed for short hands when describing containers as "lightweight VMs" when they first emerged. However, on the surface, this description made sense because people were switching their workloads from virtual machines to containers. But it hardly cracked the surface regarding how each of those technologies worked.

As with all things in computing using software to build a layer of misdirection over computer hardware, virtualization allows a single computer's physical components to be split up into several virtual computers. The name of the game here is isolation and abstraction.

The transformation of the actual hardware into a shareable form is made feasible through virtualization. Businesses used to typically run one application per server in the days before virtual machines. This meant that these servers would frequently have lots of unused CPU, which was extremely wasteful especially at scale. In an effort to makes more effecient use of hardware virtual machines were created.

Virtual machine is a software based computer. When reasoning about virtual machines its important to understand the two main components:

The GuestOS portion is relatively straightforward forward. It's whatever operating system you are trying to run.

There are two classes of hypervisors:

Since there is a clean separation between processes on the hostOS and the guestOS, the isolation level is superior. The trade-off here is performance and efficiency, but a big step up from running a single process per machine.

Before we get into containers, I would first like to discuss a little about processes and what they are and how they have been used to power all sorts of containers since 1979. 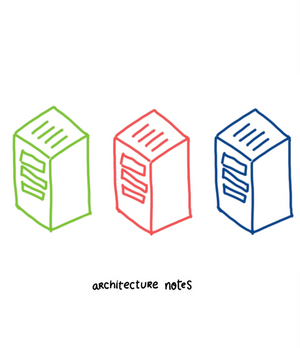